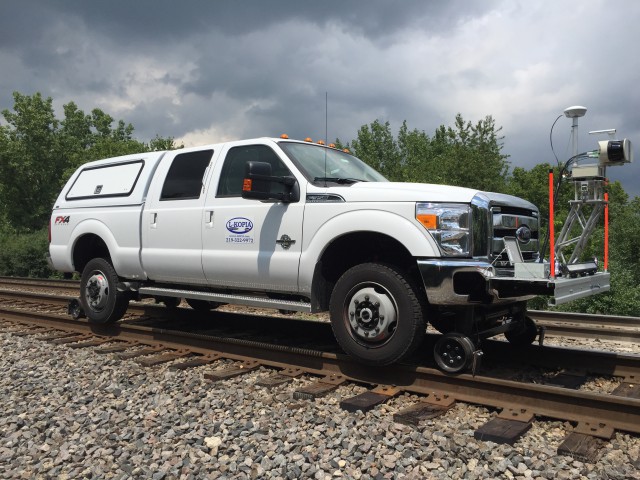 With help from our subcontractors, L-KOPIA was able to get the new 2016 F-350, Super Duty, 4×4, 6.7 L Power Stroke V8 Diesel ready for work three weeks early. Pyramid Equipment (Hy-Rail, laser brackets, etc.) in Rolling Prairie, Indiana and Wheel-Go Camping Inc. (truck cap and roller-bed) in Homer Glen, Illinois did a great job and made it possible for us to start in Memphis TN on July 21st. The new laser truck is now surveying for CN between Kirk Yard, Gary, IN and Waukegan, IL.

Our two other laser trucks are busy in Alabama and Montana. L-KOPIA is also preparing for surveys in Canada with start in early September (if work permits are processed on time). L-KOPIA has also quoted several Short Line Railroads for clearance surveys later in 2016. Having three (3) laser trucks makes it possible for L-KOPIA to support the increased demand for our clearance survey services. We can also use our Kawasaki Mule Rail/Road laser ATV for smaller surveys. 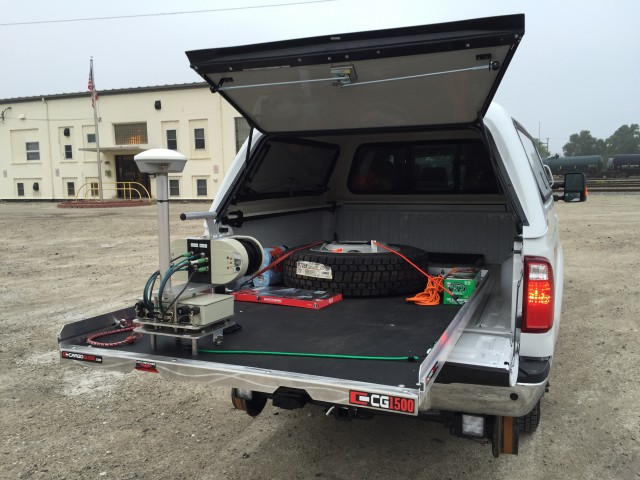 The sturdy (1,500 lbs. load capacity) roller bed or “CargoGlide” will be tailored to our needs at Pyramid Equipment later in August (after finishing some urgent survey projects).

LKO is still busy with TRV (Swedish Rail) surveys and we perform surveys all over Sweden. Per last month’s newsletter, LKO Teknik AB is working hard with the Norwegian State Railway (JBV) laser system assembly and some new features to be presented later this year.