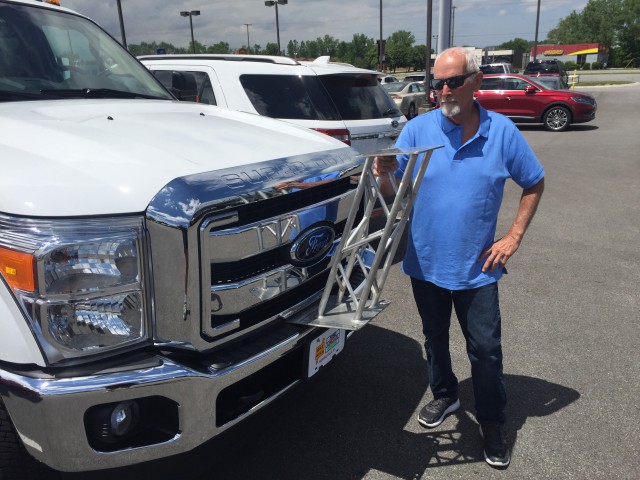 Mike Cullom checks the laser tower on the new 2016 L-KOPIA F-350 Laser Truck outside Art Hill Ford in Merrillville, IN. The truck is now at Pyramid, Rolling Prairie, Indiana, for hy-rail and laser system installations.

L-KOPIA just received the new 2016 Ford F-350, Super Duty, 4×4, 6.7 L Power Stroke V8 Diesel from Art Hill Ford in Merrillville, IN. The new laser truck was taken to Pyramid Equipment in Rolling Prairie, Indiana for Harsco Hy-Rail and other laser related installations. L-KOPIA will start with a LMS Clearance Laser System on the new vehicle. Later in 2016 or 2017 we will also add a “3-laser system” and possibly a new L-KOPIA Z+F Clearance Laser System. However, L-KOPIA has already three (3) LMS and two (2) Z+F Clearance Laser Systems in use and we can switch systems between our three laser trucks (plus with our Kawasaki Mule ATW laser vehicle for road and rail use).

Our two other laser trucks are busy in Illinois and Colorado. We perform a large vegetation survey from Wichita, Kansas to Seattle, Washington and several regular clearance surveys in Illinois and Indiana. L-KOPIA also signed a 2016 contract with CN for surveys in both Canada and USA. We hope to start in the end of July in the Chicago area. 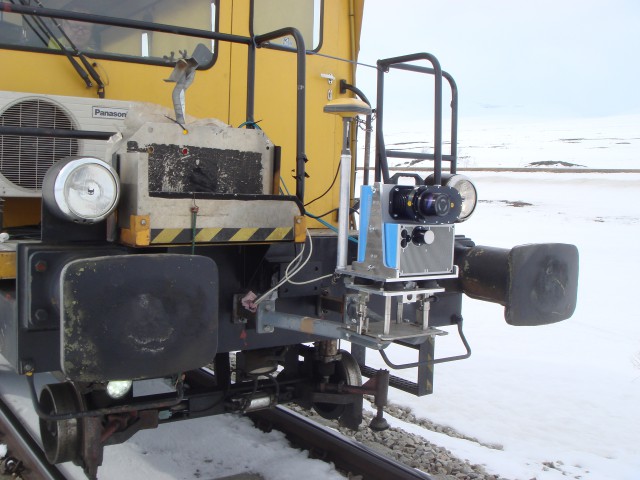 This picture is taken in Norway, at the Arctic Circle in 2013 when LKO had a contracting agreement with JBV. JBV now purchased the LKO Z+F Clearance Laser System to be installed on a new rail bound Geometry Vehicle.

LKO in Sweden was the successful bidder in a Norwegian State Railway Track Authorities (JBV) Bid. The bid was for a new Clearance Laser System on a rail bound geometry vehicle. LKO is working with two other Swedish Engineering Companies to integrate all geometry systems on the JBV rail vehicle. This concept makes smart use of our systems together and will enhance the JBV Geometry Car. The car will have the latest technology and we have included future upgrades in the JBV service contract.

LKO is also busy with TRV surveys and we have two of our laser trucks on jobs in northern Sweden. Both Per Arne Pettersson and Bo Pellas are in the field right now and Niklas Pettersson is working with post processing in our LKO Teknik AB office in Borlänge.