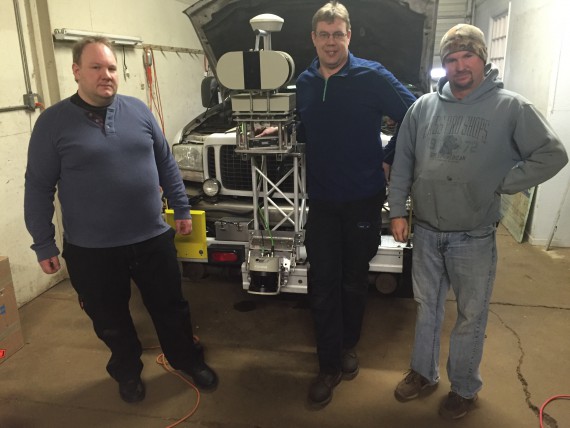 LKO in Sweden has also tested a first version of the L-KOPIA / LKO  Z+F 2-Laser Clearance Laser, following the same concepts as for the LMS 3-laser system, but with the Z+F 9012A scanner (200Hz).

The L-KOPIA Laser Trucks also receives upgraded JPEG picture systems, with a new advanced color and infrared high resolution camera (for improved night and day vision). With the new driver the picture capturing is automatic, meaning when the laser trucks move the saving starts and when it stops the picture saving stops automatically. 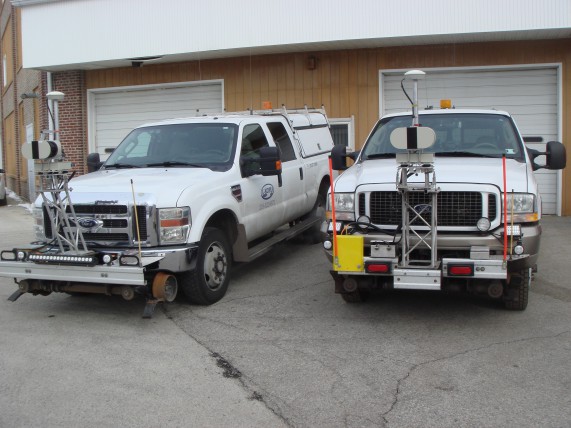 The two L-KOPIA Laser Trucks parked outside the L-KOPIA Garage and Shop in Crown Point, Indiana. The picture is taken before we started the upgrades on Feb. 4th, 2016.

LKO in Sweden have started the first TRV (Swedish Rail Track Administration) surveys for 2016. It’s a very early start due to the very mild winter in Sweden. All of Southern and Mid-Sweden has no or very little snow. Bo Pellas of LKO has been performing clearance surveys in the southern Sweden since early February.