Per Arne Pettersson of LKO Teknik AB just came back to Sweden from a two week survey for VR in Finland. Per Arne performed the first VR survey in Finland in 1994. That year was also the first year for Mr. Henrik Fagerholm of VR. Henrik was our contact for many years, until he retired a few years ago. Per Arne has performed all VR surveys, except two. One was in October of 2000, with Lars Lundberg as operator, and one was in October of 2008 with Gary Mitchell of L-KOPIA as operator.

The 2015 VR-TRACK survey included approximately 800 km of main tracks in 10 shifts and around 1000 km on roads and highways. The survey also included the new station at Helsinki International Airport. 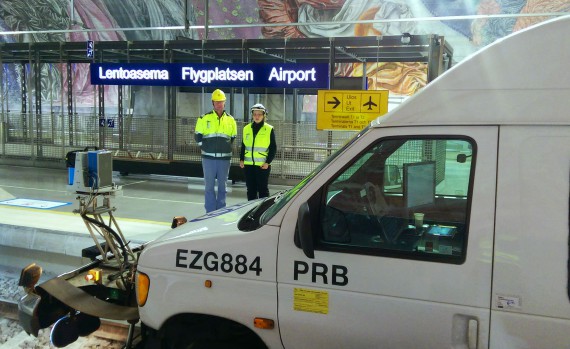 This picture is from the new terminal at Helsinki International Airport. From left Senior Advisor Jukka Saukkonen of VR-Track and Heli Tuominen also VR-Track. Jukka has been in charge of the annual clearance survey since 2010, but he is now handing over responsibilities to Heli. Heli has been responsible for Track Safety for the entire survey this year.

For more info regarding the new terminal and Ring Rail Line, please visit:

To transport our laser truck to Finland, we normally use one of the large Ferries from Stockholm to Helsinki. These Ferries also take trucks and cars and make the trip in 12 hours.

LKO Teknik AB did, as usual, participate at the 2015 Nordic Rail show in Jönköping, Sweden. We presented our new developed LMS Clearance Laser System, together with our advanced Z+F Clearance Laser System. We did also show a new graphic format in our ZF_LD_WIN software. We had lots of visitors and we did get some new orders at the show. 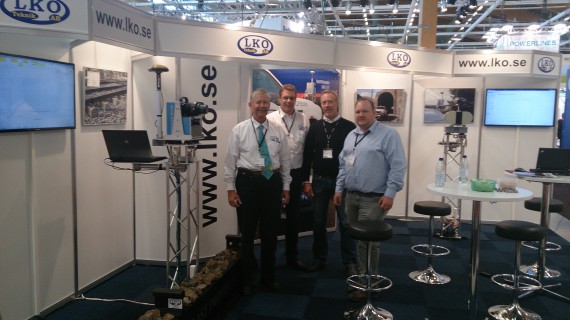 Please contact us for any questions on this month’s newsletter.