L-KOPIA performed a couple of clearance surveys in Pennsylvania and Ohio in February. It was a combination of load surveys and complete general surveys.

L-KOPIA has delivered the urgent load survey data and are now working on the rest, including customer files with structure data and track center data (plus all dGPS data for every 6 feet of railroad tracks covered). The total surveys covered about 500 miles on track and 1,200 miles on highways in 9 days.

L-KOPIA upgraded our three laser trucks in February. Per Arne Petterssson of LKO came to our shop in Crown Point on February 12th. The new 2016 Ford F-350 laser truck was used for the February survey. 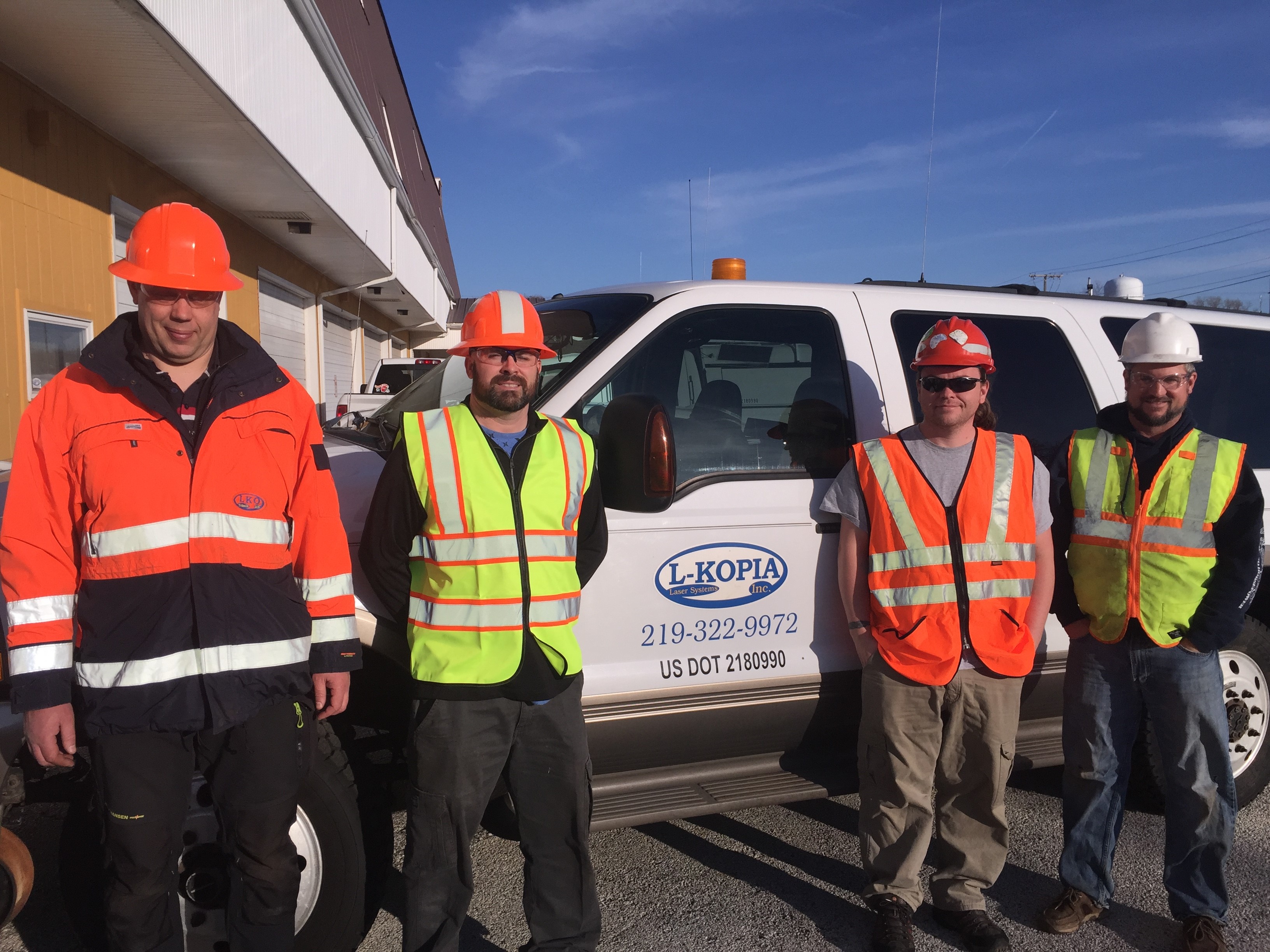 The L-KOPIA/LKO crew at our shop in Crown Point, Indiana. From left Per Arne Pettersson of LKO, Dave Longoria, Gary Mitchell and Keith Sykes of L-KOPIA.

LKO is working on the last post processing for TRV 2016 and preparing for a fieldwork start later in March. 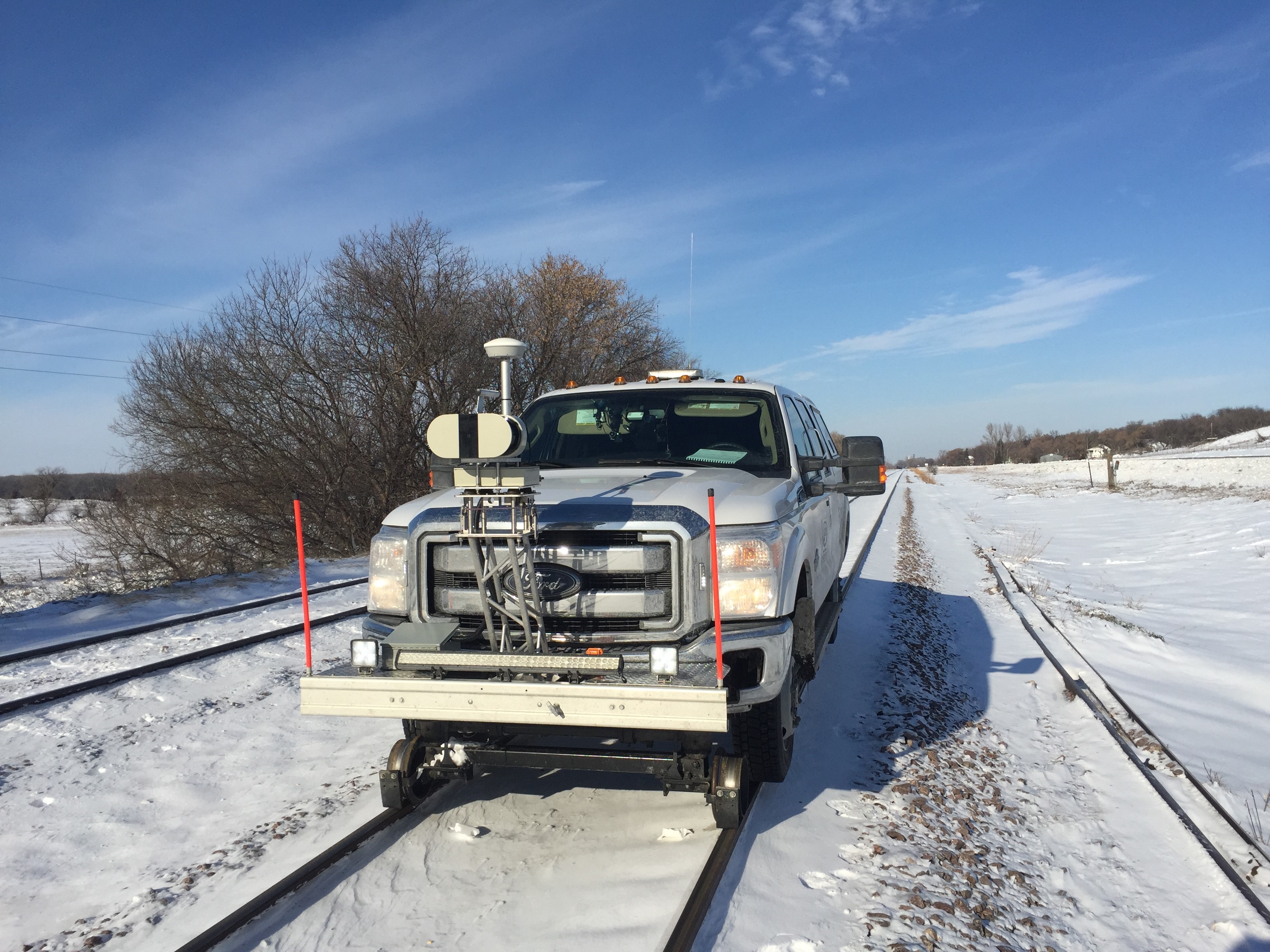